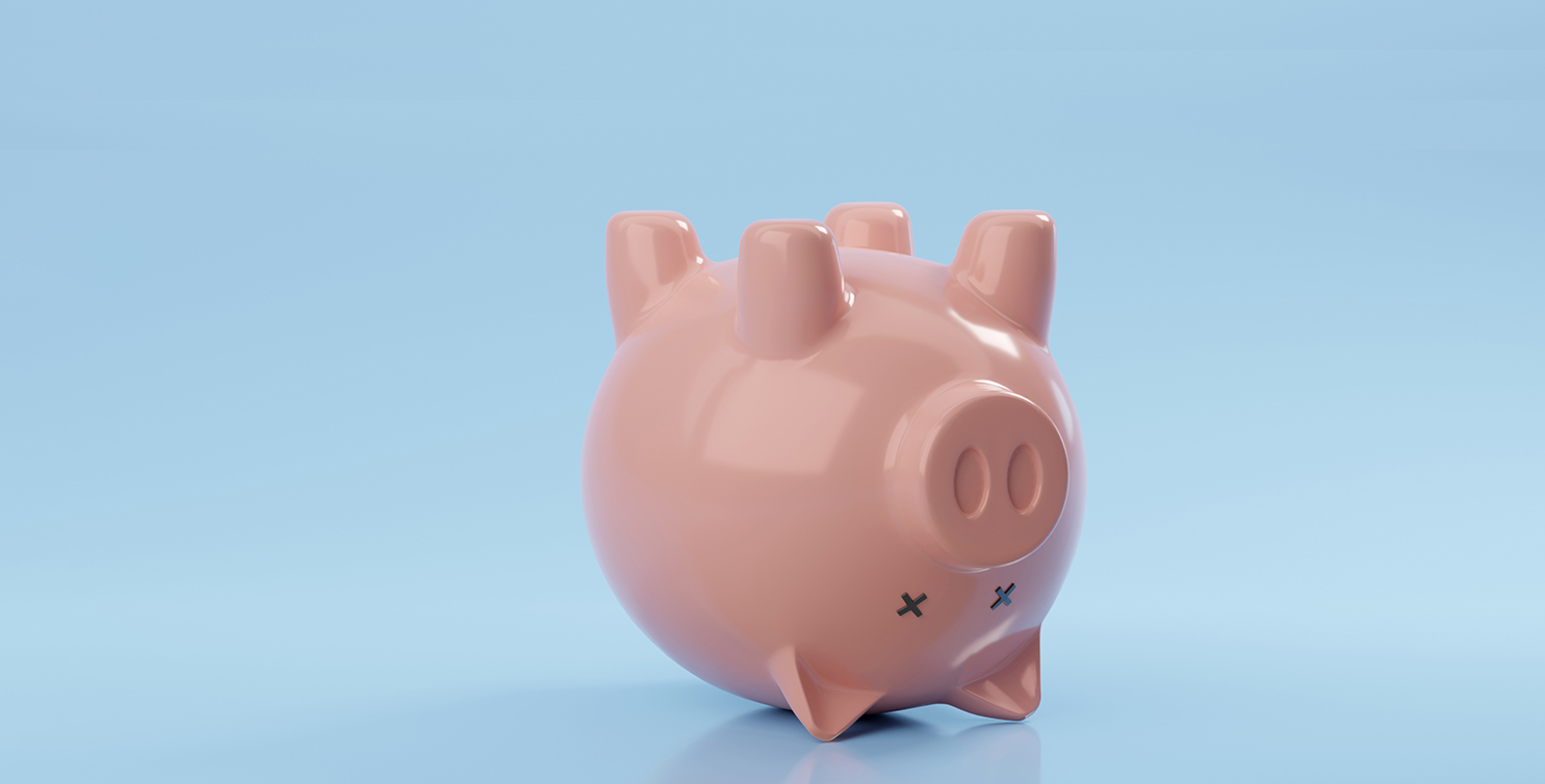 The sun is setting on White Label Banking

Home » News » The sun is setting on White Label Banking

If you recall the nineties and the first decade of this century, you will remember a time when the big banks offered every service known to the financial services industry.

Big banks like Citibank and Deutschebank and their ilk around the world dominated the financial services industry and were simultaneously household names thanks to the sheer spread of banking products that they delivered.

However, while their banking services worked in most cases, their customer experience varied wildly from product to product. The reaction to this was the notion of specialised banking. This idea took root at the time due to the increase of the world-wide client base and advancements in information technology. Thus “specialised banks” attracted enough customers to sustain their operations.

It solved a problem that banks refused to acknowledge. Legacy banks were quite slow to adapt to the changing nature of the consumer. Meanwhile, the smaller, more agile “specialised banks” targeting niche markets grew globally and started to eat from the “big bank” pie. Most of these banks were eventually acquired by global financial brands and things returned to normal for a while.

Enter FinTech. First laughed at by the big banks and brushed off as a nuisance, start-up FinTech companies later showed the inefficiency of the whole banking system and the true power of consumer choice.

Especially following the 2008 banking crisis, a number of specialised FinTech companies emerged, doing one part of the supply chain really well. The banks were mostly happy to give up areas that weren’t directly within their areas of core competency, so this worked out for everyone.

Companies like PayPal and Stripe changed the way we think of the market. Thanks to a high level of expertise, their ability to raise massive funding, and in some cases a little bit of luck, we saw companies that we’d not heard of before turn into reputable global brands in a very short time.

Many of these had an exit strategy even before launch. There was a size, a critical mass they needed to achieve, before the entrepreneurs who’d launched the brand placed the company on the market and cashed in, to the tune of sums we’d not heard of before.

With the success seen so evidently in these new companies, FinTechs started mushrooming all around the world. Thus began the race to find & invest in the next Unicorn.

Enter White-Label Banking, which allowed FinTechs to do the tech side and leave the banking side to the banks.

A fully-fledged bank, with all its operations digitised, allows FinTech companies to use and market their products as they want (within set rules and regulations). It was a novel idea and a very efficient way to leverage banking operations, where the regulatory tasks are handled by the bank and the FinTech focused only on developing technology. This approach powered up the mushrooming effect. Banks in this area started to work with hundreds of FinTech companies which all had their own user interface, different customer experiences, and different markets. Nowadays, there is an app for all your financial needs. Technically a person could be a client of multiple FinTech companies but underneath, the client of just a single bank, without knowing. 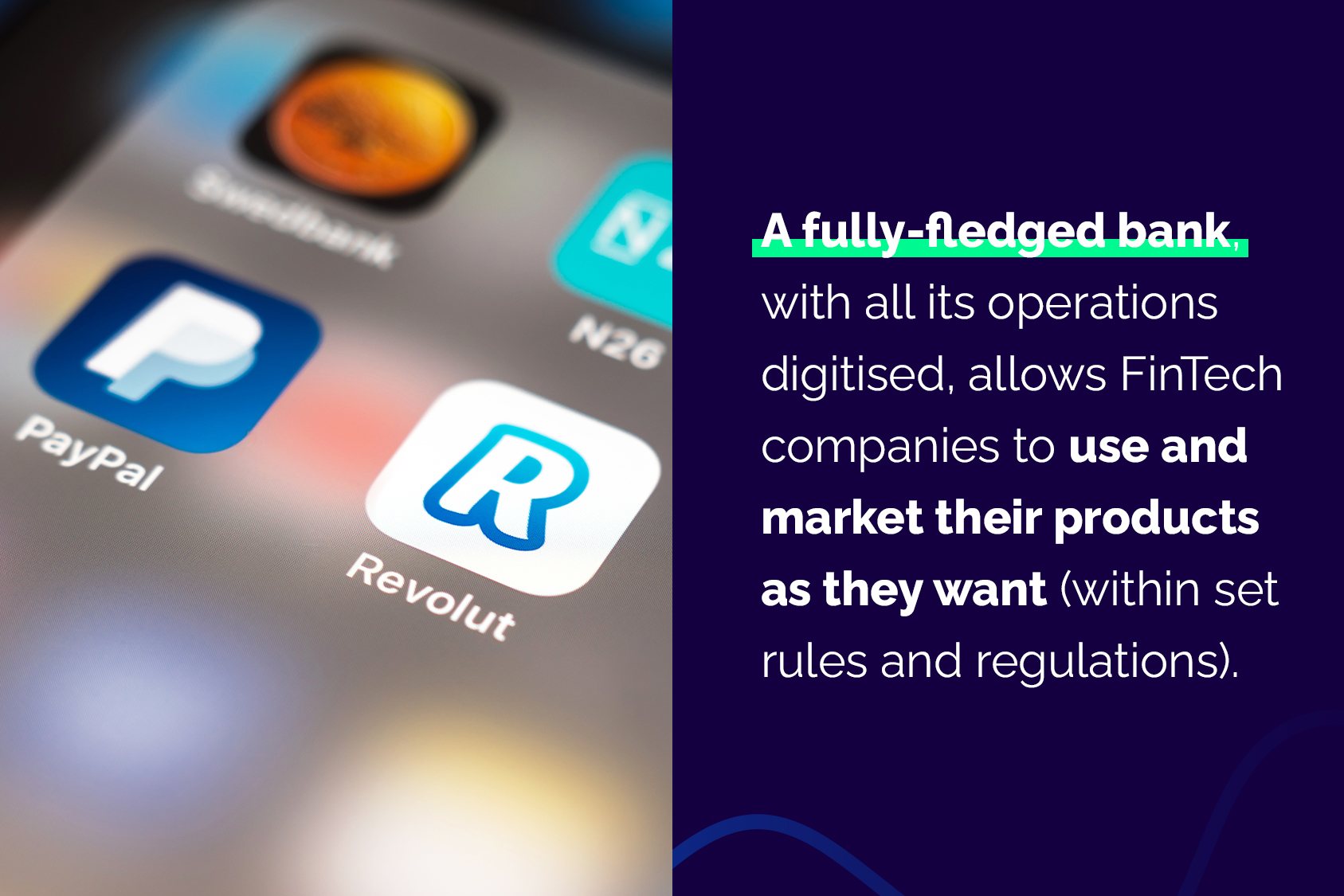 Soon enough, cracks began to appear in this system. The white label operator (FinTech) had created a barrier between the client and the bank or payments operator. This impeded the monitoring that banks could effectively carry out to prevent financial crime. It also meant that a bank could refuse risky business without informing the white-label operator, shutting down the accounts of a client without warning.

In an extreme case, if the bank providing the white label services had capitalization or solvency issues, this could spell disaster for all the operators that were purchasing its service – and this had a knock-on effect on thousands of end-users of the system. 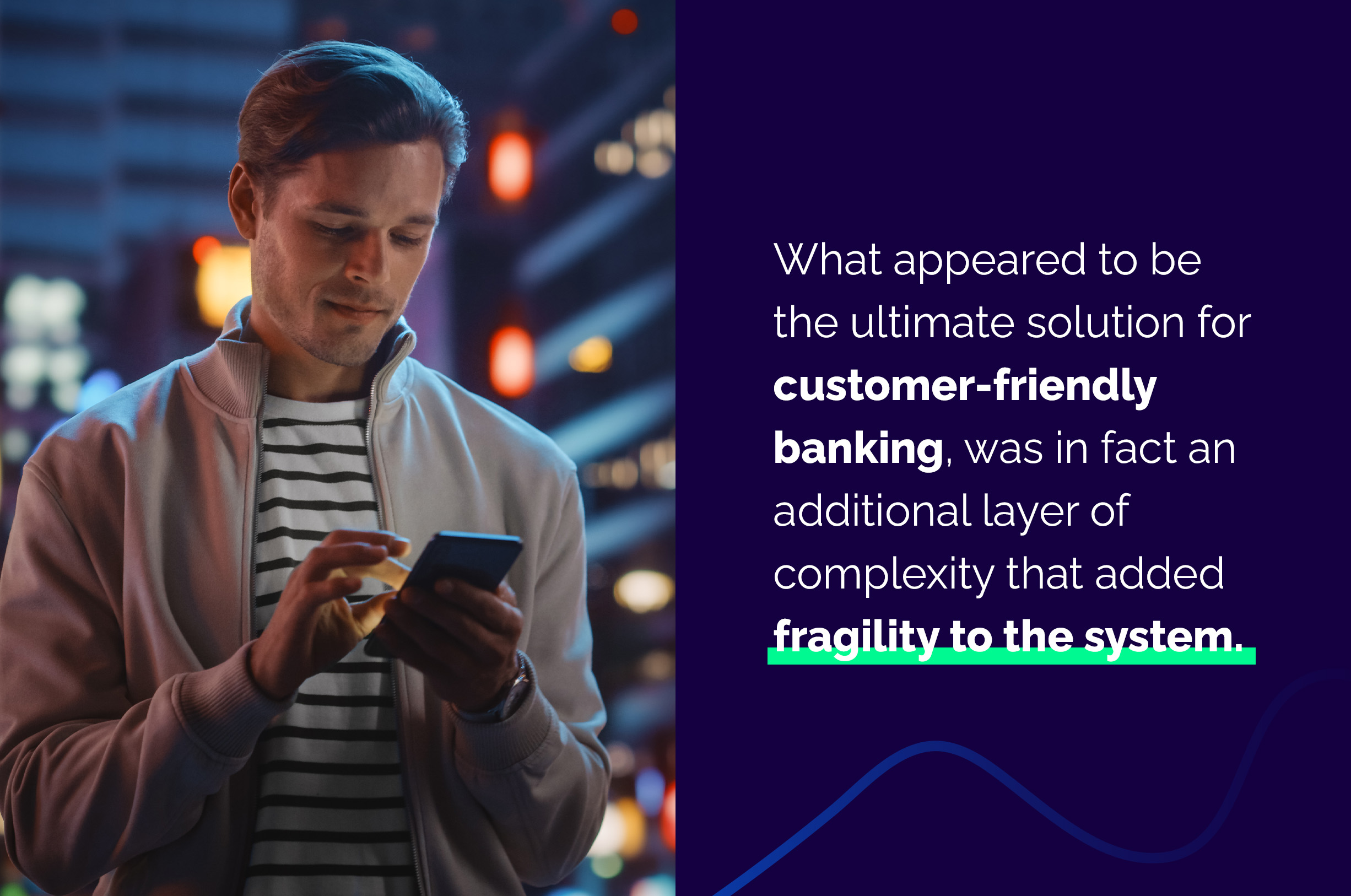 What appeared to be the ultimate solution for customer-friendly banking, was in fact an additional layer of complexity that added fragility to the system. This is not to say that white label banking has gone away quite yet but the context is shifting.

The main reasons behind this shift are the regulations and the cost of compliance to them. The very rope that FinTechs were using to escape the regulatory hurdles and entrapments was also strangling them the moment they posed a threat to the underlying bank.

Furthermore, the retail client in between, would often be unaware of the distinction of the FinTech they have a relationship with and the bank that is behind it. Stopping and denying service to the FinTech company, which will affect all its client base, will have reputational fallout that impacts the entire banking system. Being refused service or having accounts suspended for no apparent reason is a serious breach of the rights of the consumer, even if the bank is acting in a way that is legitimate.

Let’s put the matter into some perspective by looking at the scale of the industry. In Europe there are over 500 Electronic Money Institutions (EMIs) and these are all licensed institutions.

However, there are over 9,000 fintech companies in Europe of which only around 1,000 are licensed. This means that the 8,000 without a licence are purchasing licensable activity from the licence holders.

There will inevitably be some of these operators that, deliberately or otherwise, engage in a practice that is frowned upon by regulatory bodies or that simply isn’t useful to the market. These are the ones that fall by the wayside or are forced to cease operations.

Many of the fintech companies, on the other hand, are reputable with excellent products and services. One of these may well turn out to be the next Revolut or the next Stripe. As players in this market, we hope that some will be exceptional and will deliver the next best thing in the world of fintech, a service that will be exactly what the consumer of tomorrow needs.

As with every case of a tech flood in a specific sector, there is an inevitable period of consolidation. Once users reach a point where they have to contend with too much fragmentation, the market starts to dictate a more unified experience.

We’re at the early phases of a return to consolidation. The average user is now faced with five or six apps they could use when making a transaction – a handful of banking apps, an authentication app, another app to handle finance management or saving, and so on.

Mergers and acquisitions are an inevitability as dominant players seek to consolidate or aggregate the available tech into more unified experiences that the market will embrace. If we total the amount of time we spend interacting with our banking apps we probably spend no more than 5-10 minutes in each. The apps that win will be the ones that keep us there for a while longer and, for this to happen, it will have to consolidate plenty of scattered functionality.

The same app should handle cost management, shopping lists, media subscriptions and other instances where we perform  daily, weekly, or monthly transactions.

In the tech space, fortunes turn very quickly as the market makes its own choices. Just 20 years ago a company called Palm (remember the PDA?) was worth more than Apple and Amazon combined. The market decided in favour of device aggregation and today we spend plenty of time browsing Amazon on our smartphones but don’t stop to spare a thought for Palm, the company that had been poised to take over the consumer electronics market.

White label banking was a good idea, but the market is shifting. 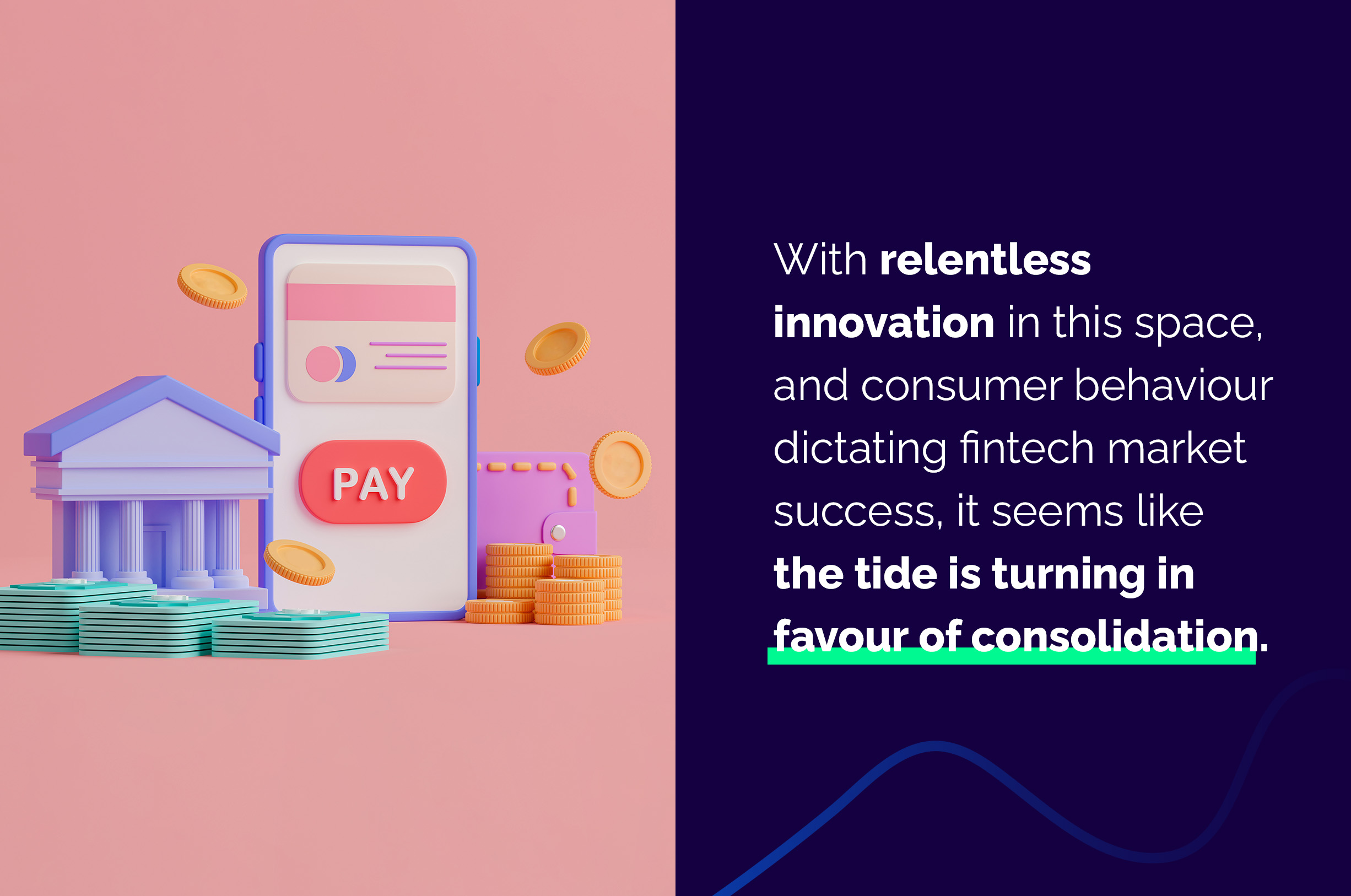 With relentless innovation in this space, and consumer behaviour dictating fintech market success, it seems like the tide is turning in favour of consolidation. The future is in the hands of those who deliver the functionality that the market wants with the financial safety and security that it deserves.

In order to begin your integration as a TPP, you need to apply for a Finance Incorporated Integrator Sandbox Account by filling out the form below.